More COVID-19 Resurgence Mitigations are taking effect this week around the state, as Region 3’s positivity rate hits an unwelcome threshold. Governor J.B. Pritzker and the Illinois Department of Public Health announced today increased mitigations will be implemented in Region 11, the City of Chicago, beginning on Friday. Region 11 is the second of the […]

The Morgan County Health Department received confirmation of two separate outbreaks of COVID-19 today. Two residents and two employees of Heritage Health in Jacksonville have tested positive for the coronavirus. A second outbreak was also confirmed today at Westfair Baptist Church, with 11 confirmed cases. In total, 27 new cases of COVID-19 were confirmed in […]

Pritzker, IDPH: Basketball “On Hold” Due to Pandemic

The IHSA is likely not to have good news for winter sports fans tomorrow after a special board meeting. Governor J.B. Pritzker and the Illinois Department of Public Health released guidance for winter sports for schools as well as all other sports programs for adults and youth today. Based on current conditions, only lower risk […]

The Jacksonville Fire Department has updated their formula for calculating rates for rural fire protection customers. The new flat rates were passed unanimously by the Jacksonville City Council last night. Jacksonville Fire Chief Doug Sills says that the current ordinance inconsistencies on the way the rate was calculated. He says that he and City Attorney […] 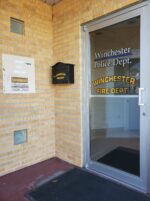 The City of Winchester has a new chief of police. Former Chief George Lindsey announced his retirement to the Winchester City Council on August 25th after 20 years of service as chief and 40 years in law enforcement. At their October 7th meeting, the city council approved the hiring of Caleb Handy, originally from Ashland, […]

The 2020 Census wrapped up at the beginning of the month and final response rates have been tabulated by the U.S. Census Bureau. Morgan County fell 2 percentage below its response rate from 2010 at 70.9%. 52.6% of respondents answered the census online. The Village of South Jacksonville was the 74th highest municipality to respond […]

Hull Man Arrested For Failing to Register As A Sex Offender

Cases of COVID-19 continue to rise in the area. The Illinois Department of Public Health has confirmed three cases of COVID-19 in Cass County. A positive result was received over the weekend, with two more received yesterday. Positive individuals include a male in his 40s, a male in his 70s, and a female in her […] 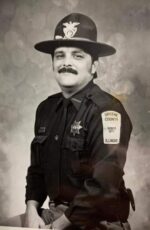 The Greene County Law Enforcement community lost one of its own over the weekend. Former Greene County Sheriff Mike Fry passed away Sunday at his home in South Jacksonville. He was 69. Fry was a 1969 graduate of Jacksonville High School and was drafted into military service as a military policeman in May 1972. After […] 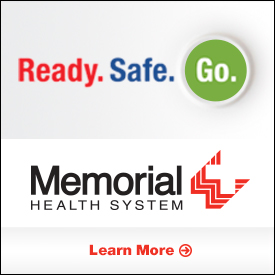