U.S. Senators Tammy Duckworth and Dick Durbin announced that rural health clinics in the State of Illinois will receive over $11 million in federal funding to support COVID-19 testing. The funding comes from the Paycheck Protection Program and Health Care Enhancement Act signed into law on April 24th and will help support more than 200 […]

Pritzker Changes Course On Houses of Worship, Diocese of Springfield To Open In-Person Services Next Weekend

U.S. Supreme Court Justice Brett Kavanaugh called on the State of Illinois to respond to an emergency request challenging Governor J.B. Pritzker’s stay at home order last night. Kavanaugh is the justice assigned by geography to a request filed by Elim Romanian Pentecostal Church and the Logos Baptist Ministries in Niles. The church has held […] 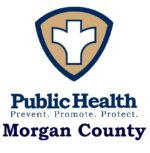 Morgan County has had a streak of two weeks without a new positive case of COVID-19. There are currently only 2 active cases out of the 34 that have been recorded, with 1 death attributed to the virus. Dale Bainter of the Morgan County Health Department says that residence have done well following health and […] 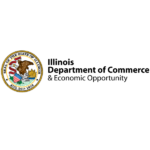 Governor J.B. Pritzker released industry-specific reopening plans for the State of Illinois on Sunday. The state is set to progress into Phase 3 of the Restore Illinois plan on Friday allowing the loosening of restrictions for retail, offices, manufacturing, barbershops and salons, tattoo parlors, summer programs, various outdoor recreation activities, and bars and restaurants for […]

The Village of South Jacksonville has been cutting money from their budget. The village trustees wrapped the second of three public budget and appropriations hearings last Thursday night. Streets Superintendent John Green and Fire Chief Richard Evans Jr. were the department heads on hand for the hearing, as the trustees went line by line of […]

Illinois’ GOP Congressional Delegation is asking Governor J.B. Pritzker to be more transparent about the allocation of federal funding to state and local governments under the CARES Act. Data compiled by the National League of Cities recently showed that 32 states, including Illinois, are withholding funding from local governments. 18th District Congressman Darin LaHood says […]

Jacksonville’s City Wide Clean up is next week. The citywide drop off is at 200 West Oak Street on June 4th-6th. The drop off will be open from 7AM-2PM on Thursday and Friday and from 7AM to Noon on Saturday. The drop off will not take hazardous waste, liquids, motor oil, paint, landscape waste, concrete, […] 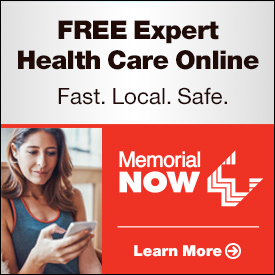