Yesterday’s open forum at the Jacksonville municipal building marked the last time political candidates had a chance to speak to a crowd. 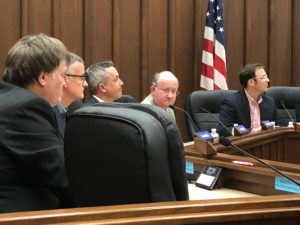 Congressmen Darrin Lahood were invited attend but were unavailable.

18th Congressional District democratic candidate Junius Rodriguez spoke with WLDS/WEAI about the message he wanted to get across last night.

“In this district, we have had a lost decade. If you go back to 2008, when Aaron Schock was elected, the Schock years and the Darrin Lahood years have been a disappointment. Both of these congressmen have focused on much more raising money for outside sources, appealing to special interest and to PACs and I think they have neglected a lot of problems that here in the 18th. Many of the statistical trend lines are heading in the wrong direction. We’re bleeding population, the most rapid clip in any congressional district in the country. We need a representative who can speak to the forgotten communities who can speak on behalf of the individuals who really need to see job creation, educational opportunity” said Rodriguez. 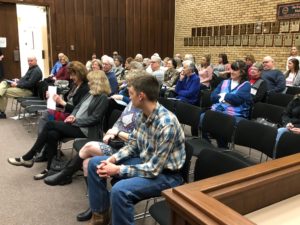 Morgan County Sheriff candidate Mike Carmody says anything could happen at these forums but he wanted to hone in on one message.

“I just want to get it out there. There’s a reality to promises. We have a budget that we have to stay in. Getting different things or saying we are going to have this, it’s kind of misleading because there’s gotta be a reality of how much it costs. I just want to get out there. I want people to know that we are working on the drug problem, we’ve had the largest seizures in Morgan County in the past three years, Jamie Jackson is coming on board. He is a wealth of knowledge. I just hope everyone goes out and vote on Tuesday.” Carmody said.

Chris Johnson, the other Morgan County Sheriff candidate joked around and said he’s looking forward to after election because he’s ready for a full night sleep.

Johnson touches on some of the goals and the message he wanted to get across.

Stay tuned to WLDS/WEAI as we will have the latest news on the campaign trail. Election night is this Tuesday March 20th. If you haven’t do so yet, be sure to register and vote. 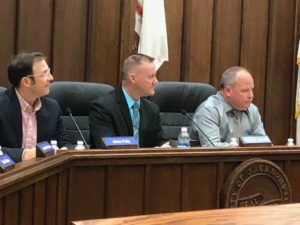