4 IL Democrats Announce Intentions To Run for Sec. of State 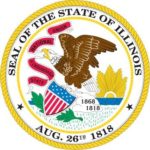 Four state Democrats are expressing interest in running for Illinois Secretary of State. Current Secretary of State Jesse White said in August of last year that he would not be seeking re-election in 2022. First elected in 1998, White is the longest serving secretary of state in Illinois’ history winning 6 consecutive four-year terms to […]

West Central Illinois’ election totals have been finalized. Barely any of the numbers moved in favor of one candidate or another. Election officials from the State of Illinois finalized numbers and counted final provisional, mail-in, and absentee ballots from the November 3rd General Election on Friday. Cass County had the least amount of change of […]

The following election results are unofficial. Final tallies will be submitted officially to the Illinois State Board of Elections on November 17th. Percentages are given where they are available Morgan County 15,326 out of 22,037 registered voters. Turnout of 69.55%PresidentDonald Trump/Mike Pence 9,903 65.03%Joe Biden/Kamala Harris 5,020 32.96%Jo Jorgensen/Jeremy Cohen 198 1.30%Howie Hawkins/Angela Walker 55 […]

Early voting continued this morning at the Morgan County Courthouse until 1 o’clock this afternoon. Monday is the last day to early vote in the state before the Election on Tuesday. Morgan County Clerk Jill Waggener wants to dispel any rumors that polling places will be closed under the new IDPH Tier 1 COVID mitigations […]

The Illinois State Board of Elections says that they expect the state to match or overtake the 71% turnout in the 2016 presidential election. According to data provided on their Twitter today, 2.3 million vote-by-mail applications were sent out to Illinois voters, with now 1.4 million of those being returned to county election authorities. As […]

Nearly A Quarter of Registered Voters Have Voted in Morgan County

The Morgan County Commissioners were told Monday morning that early voting is still going strong at the Morgan County Courthouse in the week leading up to the election. Morgan County Clerk Jill Waggoner said that approximately 162 voters showed up for extended hours this past Saturday. She expects that more will also show this coming […]

Greene County voters now have a drop off location for mail-in ballots. A drive-by ballot box has been installed for voters who wish to vote by mail and choose not to use the United States Postal Service. The ballot drop box is located on the west side of the Greene County Courthouse in the parking […]

Early, Mail-In Voting Having A Strong Turnout So Far in Morgan County

With less than 30 days until Election Day on November 3rd, early voting and mail-in voting is off to a strong start in Morgan County. 843 vote by mail ballots and 580 early voting ballots have been collected so far, according to numbers provided by Morgan County Clerk Jill Waggoner’s office. The number accounts for […]