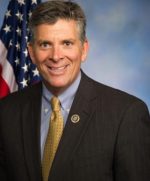 With the talks of impeachment dominating national headlines for Congress and President Donald Trump, business is still being conducted in Washington to get a new trade deal completed for the North American continent. 18th District Republican Congressman Darin LaHood says that with House sessions coming soon, he expects the deal to receive support. LaHood said […]

USDA to Provide $150 Million to Help Rural Communities Affected by Natural Disasters Across the U.S.

The U.S. Department of Agriculture announced on Tuesday that it is making $150 million in grants available across the United States through the Community Facilities Program. The grants have been made available to help rural communities continue their recovery from the devastating effects of natural disasters such as this year’s severe storms, tornadoes, and flooding. […]

The 27 county Federal Disaster area for flooding apparently won’t be helping local residents. According to the Journal Courier, Federal Emergency Management Agency officials announced yesterday that the State of Illinois’ request for federal assistance to help individuals or business owners has been denied by the federal government. FEMA officials said that they had determined […]

The U.S. Recently struck a major trade deal with Japan that is designed to help Illinois’ farmers. 18th District Republican Darin LaHood recently lauded the new trade deal with Japan as helping to shorten the trade deficit gap as well as open up a large market for Illinois corn and soybeans. “I’m very happy for […]

Hemp Fields Being Tested For THC Compliance in the State

This year marks the first season for Illinois farmers to legally grow hemp. The state department is currently doing spot checks throughout the state, checking levels of THC to make sure levels aren’t above .3%. State Ag Director John Sullivan said that testers walk fields and snip off pieces from random plants to submit to […]

Illinois soybean growers may have received a lifeline for their market today. Taiwanese buyers signed letters of intent with Illinois crop marketers, according to a statement from Gov. J.B. Pritzker. There are two agreements for $1.1 billion apiece to buy corn and soy in 2020 and 2021. The deal is more than double Taiwan’s purchases […]

Have you ever wondered about how to get rid of black walnuts if you have one in your yard? Did you know that you could get money for them if you have enough? Black Walnut Harvest and Hulling begins on October 1st up and down the river basins. The opening price for black walnuts is […]

Early Hard Freeze Not Expected at This Point for Fall

With the calendar ready to soon flip the page to the month of October, many are beginning to wonder when the first freeze of the year will happen. State Climatologist Trent Ford researched past data and median dates and says a hard freeze is not likely to happen soon. “That range is from mid-October in […]

Illinois has officially been declared a federal disaster area by FEMA. In a White House statement released on Thursday, President Donald Trump declared that a major disaster exists in the State of Illinois and ordered Federal assistance to supplement State and local recovery efforts in the areas affected by severe storms and flooding between February […] 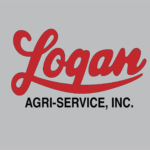 A Pike County Ag Business had their major expansion toured yesterday by Illinois Ag Director John Sullivan. Sullivan toured the new dry fertilizer storage facility that Logan Agri-Service is building in Griggsville. The new addition will nearly double the site’s capacity. The 80×55 hoop structure, which just had the concrete laid this week, is expected […]