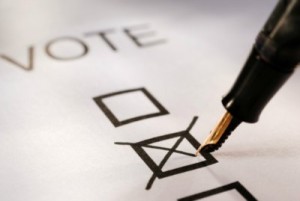 The early voting delay lasted for only a day. According to Morgan County Clerk Jill Waggner, early voting began on February 9th ,after she and other county clerks decided to open it up after all. Waggner explains what exactly prompted the delay.

“Early voting was exactly supposed to begin on February 8th, but due to some questions about a certain candidate, on the ballot, we were going to hold off but after talking to other county clerks, the candidate was officially certified to be on the ballot at that point. So I opened up early voting and we did have a couple of people who come to vote that day. I believe it was sometime last week where the court in Cook County did decide he met the requirements and he was to be left on the ballot. Basically it didn’t effect Morgan County at all.” said Waggner.

Democratic Attorney General candidate Scott Drury was the candidate in question. Originally his opponents filed to have him take off the ballot. Waggner says about 40 people have already voted and she doesn’t expect a big increase in early voting.

“I expect to see the number of early voting. I think it is more enticing every year I think, people know since early voting happens, they can come into my office anytime and then we are open a couple of Saturday’s for that, if people who are in town doing errands, and they are close to the court house, they will come in and vote and get it over with.” Waggner said.

“You will just come in our office, give your name, verify your address and you have to declare a party in this primary, a lot of people don’t like to do that, which is why I always think numbers are down, but anyway, you will either vote on our touch screen or on a paper ballot, your choice, you will vote and be on your way.” Waggner explains.

If you can’t vote on election day, and would like to vote early from home, you may call the Morgan County Clerk’s office at 217-243-8581. They will send you an application and you will have to send it back. Once they send you a paper ballot. After complete it, you will send it back and Waggner, along with other judges, will count your ballot of election day after 7pm.