Republican - Greene County Board (Vote For 7)

Republican - Scott County Board (Vote For 1)

Referendum - an increase in tax levy for Road District 2 in Scott County?

Advisory Referendum to allow chicken coops within the corporate limits of the Village of Loami?

A Republican challenger to Democrat Illinois Attorney General Kwame Raoul has come forward, and his name is a blast from the past. Steve Kim, an advisor to former Governor Jim Edgar, announced his candidacy today. Kim first ran for the office in 2010, losing to former Attorney General Lisa Madigan by 33 points. Kim was […]

A Republican candidate has come forward for Illinois Comptroller. McHenry County Auditor Shannon Teresi says in a statement that she will work to improve transparency in the state’s fiscal operations, and to root out what she calls the “waste, fraud, and abuse “ from “decades of Madigan Machine politics.” According to WMAY, Teresi is one […] 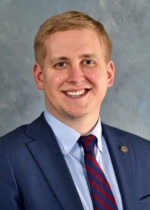 A Republican State Representative is taking a shot at achieving a top state executive office. 90th District Representative Tom Demmer of Dixon announced his bid today for Illinois State Treasurer. Demmer is hoping to unseat two-term Democrat incumbent Michael Frerichs. Demmer said in a video announcement posted to his social media today that he will […]

Morgan County is combining voter precincts under a new Illinois law. Morgan County Clerk Jill Waggener says that Senate Bill 536 allows counties to expand, eliminate, or consolidate voting precincts up to 1,200 registered voters per precinct: “What I went and did was looked at numbers of current precincts and consolidated them down to under […] 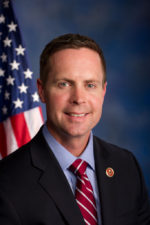 13th District Republican Congressman Rodney Davis has received a new challenger for his seat in Congress, even though Davis says he doesn’t know what that seat may be by the end of the month. The 5th term Congressman didn’t address the Tuesday announcement of 44 year old Nikki Budzinski’s attempt to challenge Davis for the […]

Right To Work Amendment Heads to Ballot Box in 2022

A Constitutional Amendment is heading to the ballot next year. The Illinois House gave final approval yesterday that would ban “right-to-work” laws or ordinances that prohibit employer-labor union agreements that require union membership as a condition of employment. Under the proposed amendment, employees would have a “fundamental right to organize and bargain collectively” over wages, […]

Two area municipal races not decided by the April consolidated election were decided this past week. Election results needed to be certified on Tuesday to be sent to the Illinois State Board of Elections. In Scott County, the final Bluffs Trustee position that ended with a tie of 41 votes between Rita Brockway and Robert […]

Several area communities are expecting some turn over in their local school boards at the ballot box today. The Waverly and New Berlin School Districts have had controversies surrounding their superintendents over the past year, and now members of the community are stepping forward to run against incumbents. In Waverly, one incumbent, Jim Brown is […]

Greenfield Alderman Candidate Has Lawsuit Against the City, Chief of Police 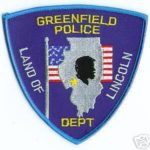 A candidate for Ward II in the City Greenfield is suing the city and its police chief over alleged intimidation. Christopher McMillen, who is a former Greenfield Police Officer, has a pending lawsuit against the city claiming that they violated the state’s “Whistleblower Act.” According to the Greene Prairie Press, McMillen submitted his resignation to […]