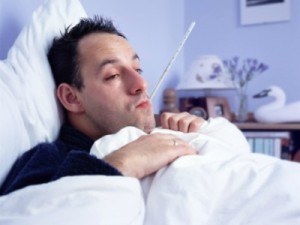 We are half way through the month of February but it’s no surprise if you are feeling under the weather. The latest Illinois report to the CDC for the first week of February shows an increase in positive flu tests. Sue  Schleyhahn is the Manager of Infection Prevention with Passavant Hospital and says influenza is still a concern in Jacksonville.

“We are starting to see a small decline in the number of visits in the emergency room. There still a concern that influenza is still a risk for patients that are at risk for complications. For example, our emergency room, for the last week of January approximately 3% of our visits were due to  influenza like illness. Last week we were down to 2% of those visits were attributed to the influenza like illness.” said Schleyhahn.

Traditional flu season begins around October and increases during the holidays. The season will start to wind down around March. There are multiple strains of the flu and recently Passavant Hospital has only seen type A. But Schleyhahn says they are expecting to start seeing Type B.

There are ways to try and avoid falling ill. Schleyhahn breaks down the traditional ways and what else you could do to stop the spread.

“It’s important to do the things we talk about all the time. That includes good hand hygiene, washing your hands with soap and water or using alcohol based hand sanitzers, covering your cough, coughing into your arm not necessary in your hand, which are contaminated and then touching other surfaces. Also it’s very important to stay home if you are sick and it’s still very important to receive the vaccine. It’s not too late to do that. When you receive the vaccine that is more likely to lessen the case of influenza and it also provides decreasing circulating virus strains in the community and reduces the risk of transmission to other people who are susceptible to it.” Schleyhahn said.

If you would like to get a flu shot you can get one from your local health department or through your primary health physician.