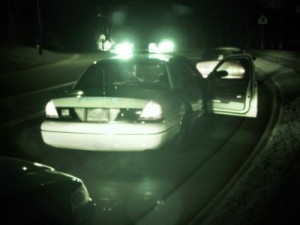 The month of February is in the books and Illinois State Police have officially released its law enforcement and activity numbers. According to Illinois State Police District 09 Interim Commander, Lieutenant J.W. Price, there were 306 calls for service and 1444 incidents in the field during the month of February. A total of 678 citations were issued. That includes 264 speeding citations, 17 DUIs and 44 criminal arrests.

“We haven’t noticed any real trends or spikes in traffic related incidents from this year to year’s past. We are kinda par for the course this year. When we go through our data to see what’s up and what’s down and it really just vary from year to year. We were down a little bit from last year to this year. It’s always flowing, no pun intended, and we never know what will come up from year to year.” said Mefford.

In February, the Illinois State Police wrote 396 written citations and 299 written warnings were issued for “Fatal Four” violations. The violations include speeding, DUI, failure to wear a seat belt and distracted driving. Mefford says the number of DUIs in the Jacksonville area have increased slightly.

“They were up just a little bit from last year. A lot of the DUI related accident have gone up a little bit.Which is indicative that we need to patrol that type of thing a little bit heavier. It does in a sense give us a guide where we need to focus things on.” said Chief Mefford.

Spring is just around the corner and Chief Mefford says it’s time for drivers to be aware of how your driving needs to change. Mefford offers some tips.

“You need to make sure folks are using their seat belt, putting down the cell phones while they are driving. Cell phones are a big cause of distracted driving which leads to accidents. With spring time coming, we especially want to start seeing motorcycles as they are going to be out and about on the nice weather on the horizon, hopefully. It’s important as we start seeing our 2 wheeled friends, bicycles, motorcycles, pedestrians. Just being alert behind the wheel will go a long way.” said Chief Mefford.