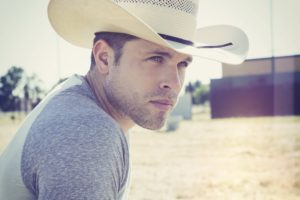 One of the Jacksonville area’s most anticipated summer music events is announcing this year’s lineup of artists. The Morgan County Fair has been known to attract some of the biggest names in the country music industry to the fairgrounds in Jacksonville each year. And 2018 appears to be no different, as Morgan County Fair officials are releasing the names of this year’s performers. Headlining the county fair on Friday, July 13th is up-and-coming star Kane Brown. Chairman of the Morgan County Fair Entertainment Committee Gary Hadden says the local fair is excited about all of this year’s entertainers, especially Brown.

“We feel very fortunate with our, I’ll call it our package for Friday and Saturday both. Kane Brown, he’s kinda new to the country scene but he has an amazing voice. We were pretty fortunate to land him for the Mogan County fair. He’s coming off a number one song called “What if”. I believe it was number one on five different charts.” said Hadden.

The following night, Saturday, July 14th, the county fair will feature Dustin Lynch, whose name has been at the top of country music’s billboard charts for several years.

“Then of Dustin Lynch, very popular name. He’s done very well with his album. His most recent one call “Current Mood” it has his number one song “Seeing red”. Both night aught to be really good and the response has been huge.” said Hadden.

As for the fair itself, Hadden says that there will be very few changes to the music venue itself, and that it’s designed for local fans to some of the best entertainment available.

“It’ll pretty be how it’s been in the past. How they redo the infield and track area. I think it will allow easy flow in and out, great visibility, we may move the stage back a little bit more. We haven’t been able to do that recently with all the rain but we will map it out soon.” said Hadden.

Opening for Dustin Lynch is the male-female duo “Brown and Gray,” consisting of Kaci Brown and Sam Gray. This year’s Morgan County Fair will take place between July 11th and July 15th.