A great man who graced the state of Illinois and our country with his leadership will potentially be enshrined, according to a new resolution, in the United States Capitol building.

Abraham Lincoln was born February 12th, 1809. According to abrahamlincolnonline. org, throughout his political career, our eventual sixteenth president was first elected to four consecutive seventh district terms in the Illinois House of Representatives between 1834 and 1840 and also served on the 30th National Congress in the U.S. House from 1846 to 1849.

These accomplishments are recognized in the opening lines of 115th Congress House Resolution 1063. This resolution was written by local 18th district Congressman Darin LaHood.

As Congressional Chair of the Illinois State Society, LaHood sponsors the resolution with his state society vice-chair and 8th district congressman Raja Krishnamoorthi, and they have started the process of renaming this reportedly significant place to Lincoln in D.C.

According to H.R. 1063, “the room now designated as room H–226 of the United States Capitol was used as the post office of the House, where [Lincoln] spent almost every morning exchanging stories near the fire-place.” In addition, “the old post office space was just steps away from Congressman Lincoln’s desk, where he worked and voted and is now marked by a gold plaque on the floor of Statuary Hall.” 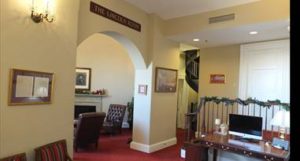 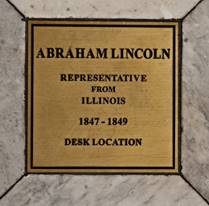 Having been introduced on Thursday, House Resolution 1063 is still in its early stages. This place in the Capitol building is, according to Congressman LaHood’s press release regarding this resolution, already referred to as the Lincoln room by some current congressmen and women. If passed, however, this resolution would make the distinction permanent.