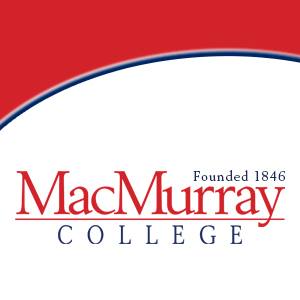 One of Jacksonville’s four-year colleges is putting on a theater production next weekend that offers a rather unique title.

MacMurray College is putting on three separate showings of the musical titled “Spitfire Grill” over the course of three days starting Friday, March 9th. This uniquely titled musical was inspired by the 1996 film of a similar name, “The Spitfire Grill,” written and directed by Lee David Zlotoff. And now, under the direction of Christine Smith, director of performing arts at MacMurray College, the local school is adapting the movie into a play.

“A young woman named Percy just got out of prison. She’s been in prison for five years and she wants to relocate to start a new life.So goes to a little town in Wisconsin. A lovely place, right on the prairie. She wants to heal and have a life.” said Zeck.

Dr. Zeck gives us an idea of where the story goes once the main character arrives in a new town.

“Her arrival shakes up the whole town. We discover that the various people in town are stuck. We eventually learn why because everyone has a secret or a serious problem and it all comes out because of Percy’s arrival in town.” said Zeck.

As for the more compelling aspects of the musical, Dr. Zeck says both the music and the character arches are what separates “Spitfire Grill” from your everyday musical.

“The music is beautiful and the story is compelling. Several songs are really lovely and haunting. The story too is unusual because we get a picture of someone who has been labeled other, someone who has been marginalized. Then in act two we hear her story and her background and we begin to understand what she’s been through. How she gains a sense of, the need to how to confront her past and deal with the challenges and heal.” said Zeck.

Show times for “Spitfire Grill” are on Friday, March 9th and Saturday, March 10th at 7:30 p.m., as well as a Sunday matinee performance at 2 p.m. Each performance takes place at the Marian Chase Schaeffer Theatre in the Jenkins Education Complex on the campus of MacMurray College.