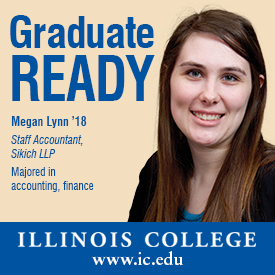 The Illinois Supreme Court ruled on Friday last week that settlements reached in malpractice claims against companies that provide care for inmates in Illinois prison are in the public record and can be FOIA requested.

The ruling ends a 4 year long battle between Springfield newspaper Illinois Times and the Illinois Department of Corrections after the paper asked for a copy of a settlement reached in the case of Alfonso Franco, a prisoner at Taylorville Correctional Center inmate who died of colon cancer in 2012 after the company contracted by the state of Illinois – Wexford Health Services – failed to provide him adequate care.

The paper initially lost at the local level in the case but the Fourth District Appellate Court and the Illinois Supreme Court ruled otherwise, relying on a clause in the state Freedom of Information Act that states any entity that performs a governmental function is subject to the state’s public records law.

The opinion comes in the midst of litigation by inmates in IDOC, who say that medical care in prisons has been substandard to the point that it violates their constitutional rights. The state’s contract with Wexford, worth $1.4 billion, is set to expire in 2021. The ruling by the Supreme Court now goes beyond just IDOC, but applies to any company performing governmental functions in Illinois who has a lawsuit settlement. Those settlements must now be made public under the ruling.

The court ruling was a 5-1 decision, with Justice Anne Burke taking no part in the case and Justice Mary Jane Theis dissenting. In her dissent, Theis wrote that the majority made an “unwarranted assumption” that a transaction between private parties qualifies as a public record. She also wrote that the settlement was not made with public funds.