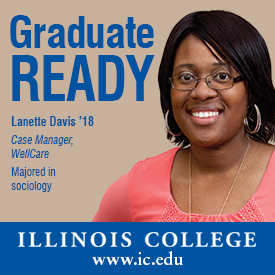 Illinois Attorney General Kwame Raoul along with 23 other attorneys general have filed an amicus brief in the 4th District U.S. Court of Appeals to allow transgender students to use restrooms in line with their gender identity.

The brief is in support of Gavin Grimm, a former student at Gloucester High School in Virginia, who sued the Gloucester County School Board in 2015 when he was still a student for discrimination that banned him from using the common male restrooms at his high school. Grimm also claims that the school board refused to update his educational records to correspond with his updated birth certificate that reflects his male gender. The federal district court in Virginia ruled in Grimm’s favor in August 2019 finding that the school board’s actions discriminated against Grimm on the basis of sex in violation of Title IX and the Equal Protection Clause of the U.S. Constitution.

The brief argues that transgender individuals have equal access to education, employment, housing, public accommodations, and other necessities. They say that by allowing those individuals access to those opportunities it does not harm personal privacy or safety interests, or incur any further substantial costs to the public body. The brief also states that the Gloucester County School Board’s policy does nothing to further legitimate government interests and violates the U.S. Constitution by stigmatizing and ostracizing transgender individuals.

In March 2017, the Illinois Attorney General’s office joined a coalition of attorneys general in filing an amicus brief with the U.S. Supreme Court supporting Grimm, before the court remanded the case for further proceedings in which Grimm prevailed. According to 2017 data, nearly 1.5 million people in the U.S., including 150,000 teenagers, identify as transgender.