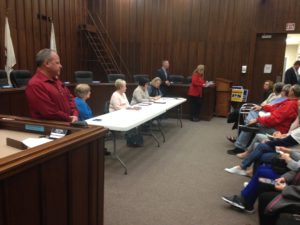 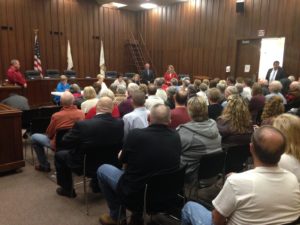 We are about four weeks away from the March primary election and area candidates met with the public to discuss their agenda.

Chris Johnson, who has 24 years of experience with Jacksonville Police spoke with WLDS/WEAI about his goal for last night.

“I really want people to see what I’m going to try and implement with the sheriff’s department. If you 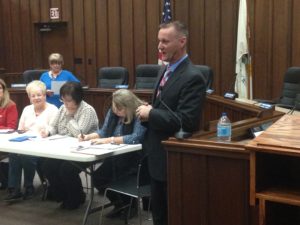 put it down in a nut shell, it’s about accountability, training, about correcting bad behavior, it’s about my platform and my motto, committed to community-dedicated to progress. I want to keep pushing the Morgan County Sheriff’s department forward. If you want to look at my family’s background and what we have been involved with community events, whether if it’s benefits, my dad being involved with the military and funeral rights, my mom involved with catholic daughters of America. We all come by it naturally. Dedicated to progress, we are not trying to reinvent the wheel, we want to spin it a little bit better, we want to make it efficient and want to make effective.” said Johnson.

Morgan County Chief Deputy Mike Carmody gave his thoughts on what he wanted to accomplish during the forum.

“My goal for the office is, drug problem is probably the biggest problem that the county has, unfortunately a lot of the thefts and burglaries are because of the drug problem. I really want to attack that first. That’s why brought on Jamie Jackson, former State Police officer on board.I think Jamie has the knowledge and would be able to help that problem. I just want them to know I do the job on a daily basis when the sheriff is not in town. I want them to be confident that I will continue to provide a good service and .improve upon the service we are giving them.” Carmody said.

Judge Pete Cavangh had a chance to speak in front of more than 65 people and explained he needs voters to write him in on this year’s ballot.

“The biggest goal is that I am a circuit judge and the circuit last 10 years I have presided over cases here in Morgan County. I am the resident circuit judge in Sangamon County for those years. The biggest thing for me is, as the temporarily appointed appellate justice, I need to obtain 1,070 write in votes and I wa 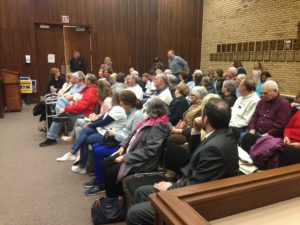 nted to come and talk to Morgan County and talk to them about my credentials and ask them for a write in vote.” said Cavangh.

Super Tuesday will take place on March 20th. If you would need to register to vote, you can visit the Morgan County Circuit Clerk’s office.