Folk hero Blake Hance is apparently getting an extended look with the Cleveland Browns.             SB Nation is reporting that Hance has signed a two year deal with Cleveland.             Hance’s name popped into national prominence when he stepped in off the street to play for Cleveland in two playoff games last fall.             Hance […]

Greenfield Native Beats Cancer, Hopes to Return to Hoops in ’21 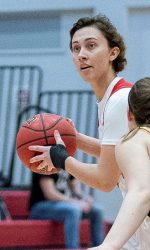 A Greenfield, Illinois native has beaten back cancer and now hopes to beat a few opponents on the basketball floor once again. 2018 Greenfield High graduate Kassidy Walters was diagnosed with Hodgkin’s Lymphoma after playing 11 games for the Ripon College Red Hawks in 2019. The then-college freshman underwent treatment at St. Louis Children’s Hospital […]

Many area high school sports fans are going to have to watch games at home this year. IDPH guidance for fan attendance for indoor sports released earlier this week is limiting spectator attendance in two key ways that many small schools in the area have opted to have 0 fan attendance for contests. IDPH has […]

IC Women’s Soccer To Get Edwardsville Defensive Back Stand Out

An Edwardsville High School soccer stand out is coming to Jacksonville this Fall. Edwardsville Senior Riley Chitwood signed a letter of intent to play for Illinois College this past Tuesday in a brief ceremony. Chitwood told Riverbender.com that her decision to come to IC was due to the size and the history of success of […]

Illinois school sports will be allowed to return in areas of the state that are under Phase 4 of the Restore Illinois Plan. Governor JB Pritzker and Illinois Department of Public Health Director Dr. Ngozi Ezike announced changes to their sports safety guidance for the state yesterday. The new guidance will now permit sports that […]

Jacksonville Speedway To Have Streamed Races in 2021 Through DIRTVision

The Jacksonville Speedway will be available for television this year. The Jacksonville Journal-Courier reports that the quarter-mile track will join DIRTVision’s live weekly racing coverage this year. FAST PASS subscribers will be able to watch the racing series from April to October with 10 Friday night Sprint shows along with the April 29th World of […]

The State Journal Registered continued their Capitol Region Sports Awards yesterday honoring two Routt golfers and another from Auburn. Routt Senior Makenna Baptist was selected for her 5th place finish in the Class 1A Quincy Notre Dame Regional at Westview Golf Course and scored a 95 to get 25th place in the Rochester Sectional. Junior Addie […]

The State Journal Register has named 5 area golfers as a part of their Top 12 Golf Honorees. At the end of the next academic year on July 8th, the SJ-R will honor the top student athletes from the local high schools at the Capital Region High School Sports Awards. In preparation for the event, […]

Coultas Inducted In ICBA Hall of Fame For Class of ’20 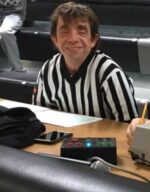 West Central Illinois has another well-known ICBA Hall of Fame member for the Class of 2020. As a Friend of Basketball, long-time Winchester basketball scoreboard officials and Winchester tournament historian Kent Coultas will go into the hall along with WLDS’ own Mark Whalen. Coultas, known as the Winchester Tournament Whiz to many, has been responsible […]