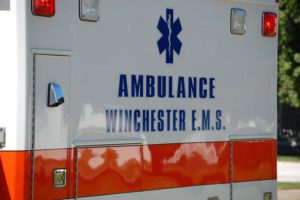 “Well you’re talking about having four ambulances covering Morgan, Scott, Greene County, which we have been doing a lot of now, and with Cass County in limbo, the guys in Jacksonville, all good guys,but I know three nights prior, we did nothing but run calls back and forth to Springfield all night. So those four ambulances are spread way too thin. Way too thin. In my area, transport times to the hospital, once we can some times it is upwards of 40 minutes. It’s just too much to cover with four ambulances” Dolan explains.

Having less advanced life support ambulances at the area’s disposal, Dolan says the Winchester team might not be able to carry the whole load.

“I really don’t know. One time Winchester was a ALS agency but the requirements are too stiff and it’s too much load on the volunteers. I mean Waverly, Winchester, Meredosia, Bluffs, Chapin, we are all volunteers. Only a handful of us in each community doing it. We had a system, wasn’t perfect, it wasn’t broke but we had to fix it. That’s where we go wrong, we try to fix things that aren’t broke.” Dolan said.

Dolan says Winchester may have to respond to 95% of the calls. He says that will quickly burn the team out.

“Looks like we are going back to the days where we pull out, load them in the back, best and do the best you can and drive as fast as you can to get them there.  We are going back to the band-aid station days. We train, we train and we train but all the training won’t do you any good when you don’t have the drugs or interventions to assist you in what you are doing.” said Dolan.

WLDS – WEAI reached out to Passavant Area Hospital but they have elected to not comment further on the matter. Passavant will discontinue its paramedic service by March 31st.