Back to School Tensions Boil Over at Jacksonville Retailer

Today is the first day of school for District 117 and many other districts in the listening area, which apparently caused tension to boiling over at a Jacksonville retailer yesterday. Jacksonville Police were called to the Walmart Super Center at 1941 West Morton Avenue at around 6:00 o’clock last night after an employee reported a […]

JSD 117 Gears Up For Return to School Tomorrow

Jacksonville School District 117 parents got to meet teachers face to face yesterday. The district held its first opening day ceremony in three years. JSD117 Superintendent Steve Ptacek says they learned several things from the Covid-19 pandemic, including a few things that will be staying around: “We’ll be keeping a few things, such as the […] 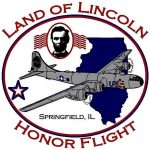 Land of Lincoln Honor Flight #62 is preparing to take off at the end of this month. 96 veterans and their 82 caretakers representing 54 Central Illinois communities will take off on Tuesday, August 30th from Springfield’s Abraham Lincoln Capital Airport for Washington D.C at 4:15AM. The day includes visits to the World War II, […]

The area’s blood supply has reached a critically low level after Impact Life blood centers have had to respond to massive transfusion protocols. Kirby Winn with Impact life says things were looking up for a while this summer, but a recent surge in the need for available blood has put the entire Impact Life service […] 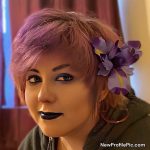 Law enforcement in multiple counties are looking for a missing teen. 17 year old Summer Rodgers was reported missing by the Canton Police Department on Friday. Rodgers is 5’7″, 150 lbs, and has fuchsia-colored hair and blue eyes. She tends to wear dark clothing and band and/or Japanese anime t-shirts. Rodgers also answers to the […]

A Jacksonville senior living center is under new ownership. Lavender Ridge on West Walnut Avenue is now Stone Bridge Memory Care of Jacksonville. The Missouri company acquired Lavender Ridge in May. Administrator Erich Marks with Stone Bridge says they wanted to complete the transition before officially announcing the change and putting up the new sign. […]

The next phase of Jacksonville’s Downtown Turnaround project just took another step toward reality. The City has been awarded a nearly $3 million grant for the planned reconstruction of South Main Street. The funding is part of the $106 million in grants through the Rebuild Illinois Downtowns and Main Streets Capitol Program announced today by […] 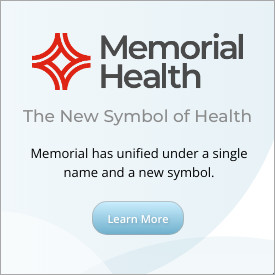 Ray Long-Update on the Madigan book AM Conversation 8-12