Judicial Retention - Shall April Troemper be retained as Judge of the 7th Judicial Circuit?

Judicial Retention - Shall Ryan Cadigan be retained as Judge of the 7th Judicial Circuit?

Judicial Retention - Shall Robert Adrian be retained as Judge of the 8th Judicial Circuit?

Judicial Retention - Shall Scott D. Larson be retained as Judge of the 8th Judicial Circuit?

Greene County Board (Vote For 7)-F

Proposition - Shall the municipal corporation of Time be dissolved? 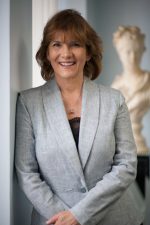 Republican U.S. Senate Candidate Kathy Salvi is going to court over a ballot error that was discovered in Schuyler County last month. WMAY reports that Salvi’s campaign is seeking a court injunction to order Schuyler County not to count any votes for Senate that were cast with an erroneous ballot. Salvi’s name was erroneously left […] 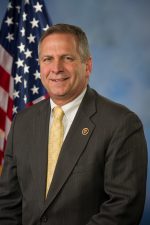 A Southern Illinois Congressman has filed a federal lawsuit could possibly invalidate tens of thousands of vote-by-mail general election ballots cast in the state. The lawsuit seeks to invalidate ballots received by local election authorities after Election Day but are postmarked on or before Election Day, potentially affecting ballots cast by members of the military […]

Morgan County Clerk Jill Waggener says that early voting in the county is going well. Election Day is officially less than two weeks away, and Waggener says numbers are steady at the courthouse: “Early voting is going very well. Right now, as of Tuesday afternoon, we’ve had 409 voters and grace-period voters coming into the […]

Republican U.S. Senate candidate Kathi Salvi is requesting information into the workers involved in the printing of erroneous ballots in Schuyler County. WCIA reports that Salvi filed a Freedom of Information Act request Thursday for he names, addresses and contact information of employees of the Schuyler County Clerk’s Office involved in printing ballots that incorrectly […]

A ballot issue in Schuyler County raised the ire of the Illinois Republican Party last night. The Schuyler County Clerk’s Office was notified yesterday that they had printed an incorrect person’s name as the Republican candidate for U.S. Senate challenging Democrat incumbent Tammy Duckworth. Rather than having Kathy Salvi’s name printed as the candidate, Salvi’s […]

Miller Remains Silent on Debate with Lange in IL-15

It appears like voters in the new 15th Illinois Congressional District won’t be hearing a debate from candidates before Election Day in November. A press release from Democratic candidate Paul Lange’s campaign says Lange has expressed enthusiasm for the opportunity to debate his Republican opponent and incumbent Mary Miller. So far, Lange says Miller has […]

Greene County is replacing its voting machines just ahead of the November General Election. The Greene County Board passed an ordinance during special session in the first week of September granting $400,000 to be used for replacing the now-outdated machines. Greene County Clerk Debbie Banghart says the current machines date back to 2004 and reached […] 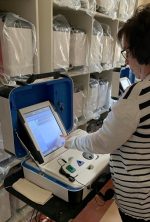 Local election authorities across the state are fielding a wave of FOIA requests related to election integrity KSDK reports that in recent weeks ramping up to the November General Election a variety of form letters and emails, most of them including the same language, have started arriving in county clerks’ inboxes around Illinois. The letters […] 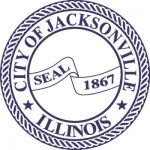 The City of Jacksonville will have 7 offices up for election in the 2023 Consolidated Elections coming up next April. City Clerk Skip Bradshaw has announced that Jacksonville citizens interested in running for an aldermanic position or City Treasurer may obtain information and documents at his office at the Jacksonville Municipal Building, located at 200 […]

Workers Rights Amendment To Be November Ballot Question in Illinois

An amendment to the Illinois Constitution will appear on the ballot this November after some groups worked to get it taken off. The 4th District Appellate Court ruled in favor of keeping a Workers Rights Amendment on the ballot after a suit field in April by the Liberty Justice Center fought to keep it off. […]

Take Out with Major Garrett

Dale Bainter-Uptik in COVID, flu and RSV AM Conversation 12-2

Ray Lahood-Politics and Trump AM Conversation 11-29/30