I-72 Cannabis Trafficker Sentenced to Time in IDOC

An Arizona man who was arrested on Interstate 72 last month for drug trafficking has been sentenced to serve time in the Illinois Department of Corrections. 36-year-old Talon L. Ashby of Somerton, Arizona pleaded guilty to a class 1 felony charge of unlawful possession of cannabis with intent to deliver in Morgan County Court Tuesday. […] 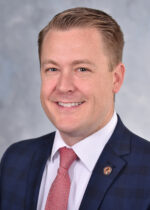 Discussions around making technical changes to the SAFE-T Act and possible looking towards creating an assault weapons ban in Illinois have circulated at the State Capitol during the current General Assembly veto session. 100th District Representative C.D. Davidsmeyer says he’s having conversations other legislation both in his caucus and across the aisle: “I was recently […]

Multiple Cass County fire departments responded to a structure fire in rural Virginia yesterday afternoon. According to a Facebook report by the Beardstown Fire Department, at approximately 3:40 yesterday afternoon, Beardstown Fire and Ambulance were called for mutual aid with the Virginia Fire Department to a single-story residence on 7647 Schall Road in rural Virginia. […]

Three Macoupin County State’s Attorneys have opposed the release of an inmate initially sentenced to death in a 1985 murder. The Illinois Prisoner Review Board is scheduled to hear a petition of executive clemency for 63 year old Robert G. Turner. Turner, formerly of Wilsonville, who was convicted for the rape and stabbing death of […] 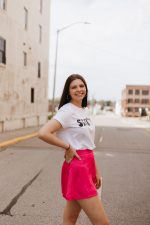 Routt Catholic High School Senior Julia Beeley has been named a semifinalist for the national 2023 Coca-Cola Scholars Program. Beeley moves on to the next round of the selection process for a $20,000 college scholarship. The Coca-Cola Scholars Program is the largest corporate-sponsored, achievement-based scholarship program in the U.S. 1,557 high schoolers from across the […]

The University of Illinois-Chicago United Faculty members have authorized a strike. This is the third authorized strike in the U of I system this year. Faculty have been working without a contract at the Chicago campus since August 16th. The UIC strike authorization may not have an immediate bearing on anything happening at the University […]

Despite Delays, Washington and Eisenhower Projects Moving Right Along

The Jacksonville District 117 School Board received an update on progress with ongoing construction projects at Washington and Eisenhower elementary schools during the November meeting on Wednesday. Superintendent Steve Ptacek says progress on the Washington renovation is going very well, albeit slower than they had hoped. He says the crews are doing a phenomenal job […]

Dale Bainter-Uptik in COVID, flu and RSV AM Conversation 12-2

Ray Lahood-Politics and Trump AM Conversation 11-29/30