A former Schuyler County Sheriff’s Deputy has filed a federal lawsuit over harassment. According to a report by the Journal-Courier this morning, Andrew Connor has filed a federal court action over unlawful discrimination in the workplace resulting in a violation of human rights. 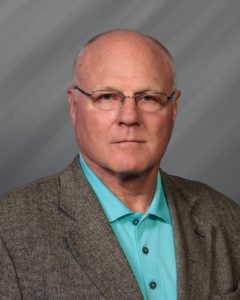 Connor was hired as a sheriff’s deputy by the department on November 15, 2015 according to the report. The civil lawsuit names Sheriff Bill Redshaw and the Sheriff’s Department as defendants in the case. According to the suit reported by the Journal-Courier, Redshaw became aware of Connor’s sexual orientation on February 5, 2016 and admonished him for it. Another employee of the department heard the comments and reported it to Schuyler County States Attorney Ramon Escapa, according to the lawsuit.

According to the report Escapa took the findings before the Schuyler County Board on March 21st, 2016. The board then verbally reprimanded Redshaw for his comments and recommended he attend extra training. Connor said, according to the report, that retaliation began happening a few weeks after and he was excluded from assignments in the department in May 2016. According to the Journal-Courier, Connor took his case to the Illinois Department of Human Rights in November 2016 and they filed the case with the U.S. Equal Employment Opportunity Commission. In April 2019, the U.S. Department of Justice said it would not pursue the case. The EEOC then gave Connor a notice to a right to sue instead. Connor’s lawsuit was filed on Friday in U.S. District Court’s Rock Island Division last week seeking punitive damages and reinstatement to his duties without further problems.