The Governor of Illinois was brought in to Meredosia yesterday to survey area flooding.

The recently elected leader of the state is touring areas across Illinois that have been called into action and, in a few cases, overwhelmed by the various levels of major flooding.

He spent the early part of his time in Morgan County speaking with County Emergency Management coordinator Phil McCarty to see how efforts in Meredosia have been successful.

At a press conference held yesterday, Governor J.B. Pritzker spoke to efforts of county emergency management agencies throughout the state of Illinois, as well as state and federal organizations and other emergency personnel that help keep residents safe during flooding.

The freshman Democrat governor also detailed how climate change is now a vital part of the conversation, as various levels of major flood stages continue to occur more frequently.

Governor Pritzker says the idea of climate change must be taken into consideration.

“We have to think long term now, and make the investments that will mitigate this moving forward. One of the first things I did, upon becoming governor, was join the U.S. Climate Alliance to make sure we are putting the changes in place that will make this a more secure place for people to live. We want to mitigate the damage to the climate. With Illinois being one of the largest and most productive economies in the United States, and the United States being the largest and most productive economy in the world, it’s important for us to make changes because the decisions we make don’t just effect us but the rest of the country and the world.”

Pritzker offers thoughts on factors that can be altered right now to slow climate change.

“I hope people will support renewable energy and clean energy initiatives, which are very important. We need to stop polluting the atmosphere. Those are all things that have certain effects on climate  and if the state of Illinois is going to see more flooding, as well as more freezes during the winter.”

The Governor of Illinois says things are good now, but federal dollars will be requested.

“I think we’ve got everything handled. IEMA – our state emergency management agency – as well as the county emergency management agencies are all in pretty good shape handling everything as it is. As we move forward, there will be another couple of months here where we’re going to have to manage it. At some point, we are going to request the assistance of the federal government to mitigate some of the expense.”

Governor Pritzker commemorates emergency personnel from municipal, county, state, and federal departments that take the risks to assure reliable safety for the citizens of Illinois.

“To all of the first responders, all of the emergency management personnel, and to the Army Corps of Engineers, our state owes you a debt of gratitude. They have done such an amazing job. They deserve enormous congratulations and support. There are months ahead where they are going to be putting their efforts, and frankly their lives, forward to try and protect the people of Illinois. We all need to respect their service to us and listen to what they have to say.” 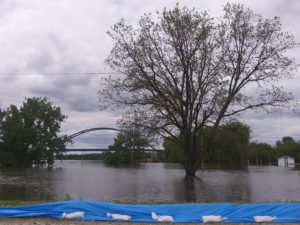 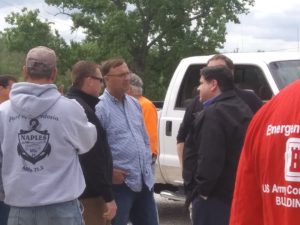 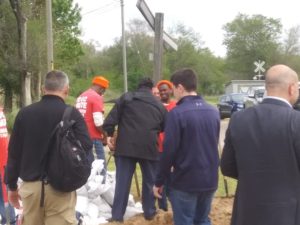 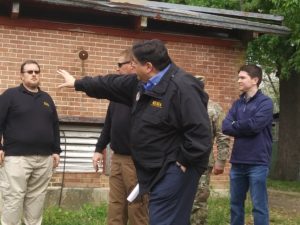 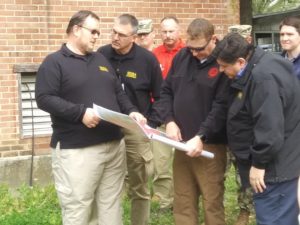 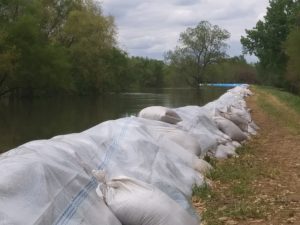