According to an Illinois State Police District 20 press release, 56 year old Michael P. Skirvin, of Candler, North Carolina, was arrested Sunday, December 23rd at about 9:15 p.m.. Skirvin was arrested for possession and trafficking of more than 5,000 grams of cannabis.

An Illinois State Trooper conducted a traffic stop on a 2007 Hummer SUV traveling east on Interstate 72 near milepost 48 in Scott County for a reported traffic violation. While speaking with the driver of the vehicle, the Trooper apparently observed indicators of criminal activity and detected the odor of cannabis coming from within the vehicle. The subsequent investigation which followed revealed the driver was transporting 6 pounds of cannabis. As a result of the investigation, the following items were seized pending forfeiture: A 2007 Hummer SUV, $15,855 and 6 pounds of cannabis. 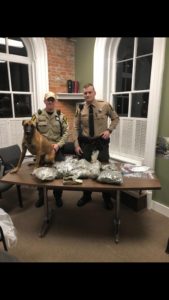 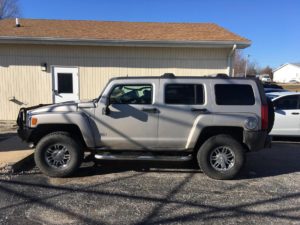 A representative of ISP stated that the latest report of where Skirvin was held in custody is the Pike County Sheriff’s Department, though that has not been confirmed by Sheriff David Greenwood.

According to a member of the Scott County Sheriff’s Office, Skirvin apparently posted bond yesterday in this matter and has been released from law enforcement custody as of this time.