The story of a Jacksonville High School and Illinois College graduate went viral overnight. Lauren White of Jacksonville was allegedly denied a job to teach French at Sacred Heart Griffin in Springfield after she discussed her sexual orientation in a casual conversation with the high school’s principal after officially being given the job. 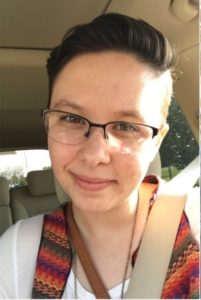 White doubled majored in French and international studies and graduated with degrees in both and a minor in Gender and Women’s Studies from Illinois College only a few years ago. She was allegedly denied a job because she’s engaged to be married to a woman.

White said that she accepted the position, signed the employment contract, and then had the offer revoked the same day after a casual conversation occurred between her and principal Kara Rapacz about her fiancee, who happens to be a woman. White alleges she received a phone call 10 minutes after the conversation occurred from president of the school Senior Katherine O’Connor denying her the position.

The post about White’s story has gone viral on the Internet in Central Illinois due to the alleged discrimination. However, according to the Illinois Human Rights Act, employers who have religious affiliations such as parochial schools are allowed to discriminate against anyone and face zero consequences as a result. Sacred Heart Griffin has made no official comments this morning on the issue. SHG’s mission statement is “Sacred Heart-Griffin is a Catholic, Dominican college preparatory high school that welcomes a diverse population to pursue academic excellence within the Dominican values of study, prayer, service and community.”