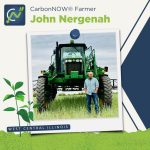 A Morgan County farmer is a part of the latest buzz in agriculture. Carbon Farming is a whole farm approach to optimizing carbon capture on working landscapes by implementing practices that are known to improve the rate at which CO2 is removed from the atmosphere and stored in plant material and/or soil organic matter. John […] 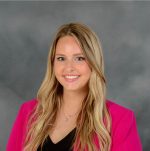 The Greene & Jersey Counties Farm Bureau recently announced the hire of a new manager. Macy Wellhausen will be joining both bureaus. Wellhausen currently lives in Farmersville, and is a 2019 graduate of North Mac High School and graduated in May from Illinois State University with a degree in Agri Business.

The region’s largest pork producer had a lawsuit dismissed in federal court on Monday alleging they had violated the state’s biometric privacy law. A federal lawsuit filed in late September 2021 in U.S. District Court in Springfield by Rene Reyes, a former employee, against The Maschhoffs LLC asked for class-action status challenging the producer’s practice […] 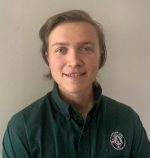 Chandlerville native Phillip Wessel has been chosen to go to Germany on an international agriculture exchange program. The United Soybean Board has chosen Wessel and four others from across the country to go to Germany to participate in a program facilitated by the International Farm Youth Exchange Association to gain a deeper understanding of agriculture […] 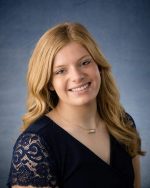 A 2022 graduate of Schuyler-Industry High School has been named the 2022 Illinois FFA President. Rachel Hood secured the honor as the Illinois FFA Convention wrapped up in Springfield today in a vote by the more than 5,000 members who attended. Hood told RFD Today’s Jim Taylor it’s an honor to represent the state and […]

IC To Get Endowment From GROWMARK, Inc. in Honor of Spradlin

Illinois College is getting a financial gift in honor of a retiring CEO of a major agriculture business. GROWMARK, Inc. is honoring the 40-year career of CEO James Spradlin with substantial financial gifts to IC. Spradlin is retiring from GROWMARK at the end of this month. The GROWMARK Foundation is providing $50,000 to establish the […] 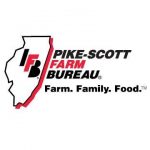 The Pike-Scott Farm Bureau held its 4th Annual Meeting this past Wednesday and installed a new member to its board. The members elected Craig Ator, Eric Bradshaw, Bryan Koeller, Andy Sellars, Andy Sprague, and Brandon Whewell to each serve a three year term of office. Ator was elected for his first term. David Barton was […]

Congressman Rodney Davis picked up a major endorsement on Thursday in his bid to win the 15th Congressional District, and defeat a primary challenge. Farmer trustees from the Illinois Farm Bureau in what will be the 15th Congressional District unanimously endorsed Davis for the upcoming seat. The endorsement by the Farm Bureau’s ACTIVATOR political action […]

The Illinois Corn Marketing Board is holding a vote on a referendum to raise the corn checkoff rate next month. The Illinois Department of Agriculture held a public meeting February 10th to allow for public comment regarding the rate rising from 5/8 of a cent to 7/8 of a cent per bushel. After hearing that […]