Attachment B contains a brief description of the Outreach Prong 3 menu options undertaken pursuant to the FCC’s EEO rules during the time period covered by this report.

During the time period of August 1, 2019 and ending on July 15, 2020, Stations WLDS-AM and WEAI-FM undertook the following Outreach Prong 3 menu option pursuant to the FCC’s EEO rules:

1-Attended the Jacksonville Colleges and Community Career Fair at MacMurray College February 19, 2020. Spoke with 5 students and community people about the career possibilities in radio about the opportunities that radio offers, and handed out two applications. Was attended by General Manager Gary Scott, Sales Manager Mark Whalen, and sales executives Dakota Turpin and John Fus. Thank you letter from organizers is attached to the public file.

3-We took in three interns in the past year. Kevin Campbell was with us on WEAI from August of 2019 through January of 2020. We had Logan Tobler intern in news in August of 2019. We had two students from the Illinois School for the Visually Impaired intern on WEAI from January through mid March in 2020. 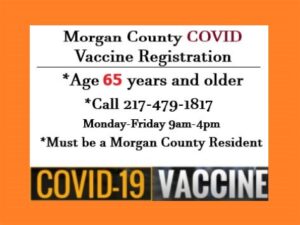 Will you take the COVID-19 vaccines when they offered to the public?