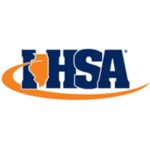 Student athletes and parents who sued the Illinois High School Association for the return of Fall Sports lost in DuPage County court today. Wheaton resident Dave Ruggles was the lead plantiff in the case that claimed the guidelines issued by the IHSA moving Fall sports like football to the spring violated the IHSA’s own bylaws, […]

Pritzker Doubles Down On No Fall Sports

Approximately 300 High school coaches, players and parents from around the state converged on the Illinois State Capitol building Saturday to urge Governor JB Pritzker to ease restrictions on competitive play and allow all fall sports to proceed. The Illinois High School Association postponed football, boys soccer and volleyball until the spring after the Illinois […]

South County golfers swept the medalist honors in both the boys and girls MSM Tournament at Edgewood Golf Course yesterday. Dain Ritchie won medalist honors on the boys side with a 2-over-par 73 to lead the Vipers to a second place team finish. Tanner Frye finished 16 shots off of the top spot with a […]

North Mac High School is heading south in two years for sports. The North Mac school board voted unanimously to accept an invitation to join the South Central Conference this past Wednesday night. North Mac has been a Sangamo Conference member since 2012. North Mac is the consolidated school district of the former Virden and […]

Tournaments May be Few and Far Between This Basketball Season

Tournament basketball for the 2020-21 school year is disappearing fast.      The Triopia, and Winchester tournaments, and the Crimsons Classic have been dropped for the upcoming boys’ season      Schools will be limited, by state health rules, to just two games per week due to the pandemic.      No final decision has been made about […]

The New Berlin Football Co-Op will have a new locker room when they are able to return to play. The Pretzels had a public unveiling of a months-long project by the New Berlin, Franklin, and Waverly community in renovating the 20+ year old locker room on Tuesday last week. Head Coach Seth Hill says the […] 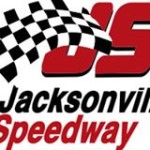 DIRTcar Racing announced today that the August 12th DIRTcar Summer Nationals Late Model and Summit Racing Equipment Modified Nationals Event has been moved to Fairbury Speedway. With the current mass gathering restrictions set forth by local municipalities in Illinois, the event would simply not be feasible to be held under the limited spectator capacity permitted […]

The coronavirus pandemic means Illinois College may not have sports this fall.      The Midwest Conference has announced that the presidents’ council has voted to suspend all league competition through December 31st this year.      The council said the schools are working with athletic directors to make sure the health and safety of student athletes […]

Ret. Colonel Randy Scott on his service in Afghanistan WOYM 11-11