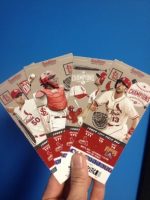 The St. Louis Cardinals are heading to the playoffs once again. Game 1 will be in St. Louis on Friday against the Philadelphia Phillies. Tickets may be hard to come by as Albert Pujols and Yadier Molina are heading towards retirement and Adam Wainwright may be in his last year with the Cardinals. The Better […] 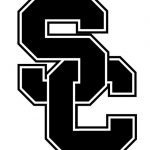 There were a few shake ups in the AP High School Football Coaches Poll ahead of the start of Week 6. Glenwood dropped two spots this week in Class 6A after losing to 4A’s #5 ranked Rochester last week 27-14. Glenwood comes in at #7 this week as they welcome in Lanphier this week to […]

The Pleasant Plains community is searching for prayers and good thoughts for a young football player this morning. Pleasant Plains’ Jayden Veesenmeyer experienced a medical emergency on the sidelines this past Saturday afternoon in Riverton causing the game to be postponed. According to WMAY, Veesenmeyer came to the sidelines late in the first half and […]

Week Three of high school sports is underway. Scammers are out there looking to take your information through fake football and volleyball live streams. Don O’Brien with the Illinois Better Business Bureau told WJBC the scam sites are out there to get your account information if you’re trying to watch your favorite high school football […]

The IHSA will soon be taking up an issue that was recently settled at the collegiate level. IHSA Executive Director Craig Anderson says many state athletic associations are taking up the question on whether or not high school student-athletes should profit off of their name, image, and likeness (NIL). Anderson told RFD Illinois that currently […] 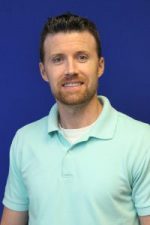 The Illinois High School Association is walking back an earlier decision to amend the process for Classes 1A-6A’s football playoffs. Last February, the IHSA decided to move the lower football classes to a format change where each class would be seeded 1-through-32. IHSA Executive Director Craig Anderson says the association has changed it mind because […] 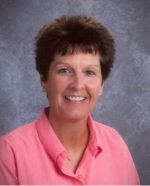